Reminiscing on a perfect Christmas

Ready To Go To The Salon, Sissy? 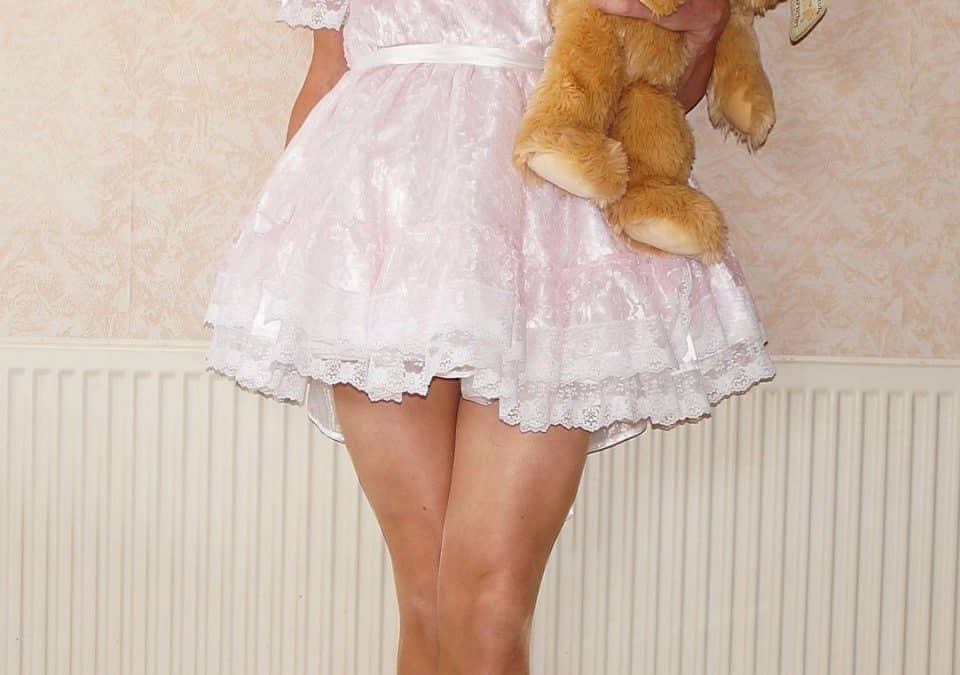 Jimmy struggled as his wife put the  Adult diaper on him. “No! I don’t wanna go!”

“Too bad!” His wife – or Mommy – told him. “This is exactly what you need! I’m not punishing you anymore – your Uncle Rob is going to do it!”  abdl mommy Janey pulled the toddler style dress over his head and grabbed him by the hand. “NO! NO! I won’t! I won’t!” Jimmy stomped his foot. She rolled her eyes as she picked up the diaper bag that was packed with diapers, changing supplies, a paddle, baby food (strained peas), a bib, and a full bottle of formula (which Jimmy hated). As much as Jimmy was throwing a tantrum, he WAS big enough that if he was really going to stand up to her … something he never did … he could. But through all the crying and hollering, he was toddling along behind her. Rob’s eyes nearly popped out of his head when they arrived at his apartment – just a couple blocks down. Jimmy looked terrified the whole way, afraid he would be seen. He even stopped crying and yelling. While Rob knew they were coming, and that he was finally going to punish his girlfriend’s sissy husband, he had no idea what to expect when they arrived.  “Well, what have we here?” He said, a large grin coming to his face. There was little Jimmy – looking much more like a Jenny right now – in a bulging diaper, short sissy dress, baby bonnet