Learning to be a Sissy — Part 3

What’s Under Your Pants? 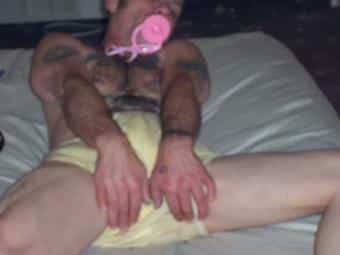 June had been dating Roger for several months now and had started to notice that something was different about him. Where her past boyfriends had been quick to get her into bed, Roger seemed the total opposite, like she had to pin him down if she wanted to get any! After another date that ended in nothing but passionate kissing and a goodnight from him, June decided to get a little sneaky. She pretended to leave his place but instead hid in his closet, spying on her boyfriend. He started to get ready for bed, undressing right in front of his curious date, unbeknownst to him. June gasped when he took off his boxers- he had a pathetically tiny cock! She couldn’t stifle her giggle and Roger froze, not sure if it was just his small penis humiliation fetish wishing it were so or if he had really heard something… But June knew about her boyfriend’s little secret now and there was no going back- he looked like a baby down there and she was going to treat him like one!