Caught Mastubating in Your Rubber Pants! 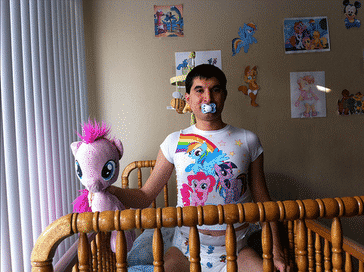 Maria sneaked up behind Scotty, pantsing him in the middle of the kitchen and laughing as he tripped, falling to his knees. What did she think she was doing? He cried out, indignant at her sudden change in treatment towards him. She had always been his sexy submissive step mom, willing to do whatever he wanted to make him stop bothering her, and not brave enough to stand up to his tantrums. Maria pulled his shirt over his head, trapping him in the predicament bondage of his tangled clothing. With surprising ease, she threw him over her shoulder and carried him to a bedroom down the hall. Pulling the shirt of entirely, she let him take his surroundings in, the sissy girl nursery she had created for her bratty step son. As she lifted his legs and spread them, he saw the abdl diaper she was holding, his only potty for the summer!