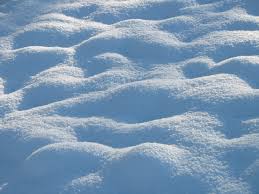 I can’t believe how cold it’s gotten! Just the other day it started to snow and I decided to take the opportunity to help one of my sissies learn how to be a little more obedient. She’d been acting out recently and I was having none of it, but the whipping and humiliation punishments that I was trying weren’t working as well as I had hoped. So, I dressed my sissyup all nice and warm and told her that we were going to go outside and play in the snow. I let her play for a while and just when she was having so much fun, I asked her to take her gloves off. She didn’t want to at first, but eventually she did. Then I asked her to lift up her nice pretty pink skirt. She was very confused, but I didn’t let her stay confused for long. I told her to bend over and pick up a big handful of snow and drop it in her panties. She was so scared! However, I knew it was necessary. Finally she did it and I let her squirm until her eyes started watering. Then I helped her take her wet panties off and brought her inside for a warm bath. She’s been listening to Mommy much better ever since.